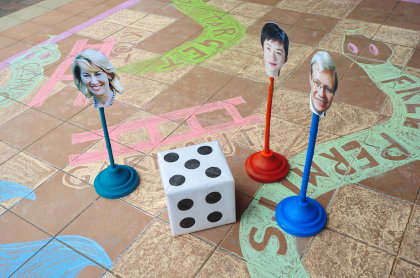 RGCAG say the government is just playing games with fixing the climate and decided to join in the spirit. They chalked a huge snakes and ladders board on the pavement outside.

“Labor’s response to climate change is just like a game of snakes and ladders. We have seen small steps forward like signing Kyoto Garnaut, but enormous  backward steps. Our snakes are a 5% target, Free Permits pushing clean coal. The group rolled a giant dice. The counters ? Looked suspiciously like Mr Rudd, Ms Wong and Ms McKew,

“There are clear winners and losers under the CPRS and the climate and community is on the losing side. Big polluters like coal and aluminium are set to continue profiting from climate change by receiving billions of dollars in compensation and free permits. ”

Either this government doesn’t understand the science which says that immediate steps are needed now, or its ignoring it. Which is scarier ? ” asks the group

“We met with Ms McKew last year but have been pretty disappointed to date. Her view has been that whatever Labor is doing is better than the last government. She also dismissed as alarmist the latest scientific modelling predicting rapid dangerous changes to the climate. 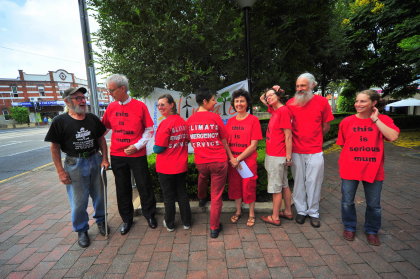 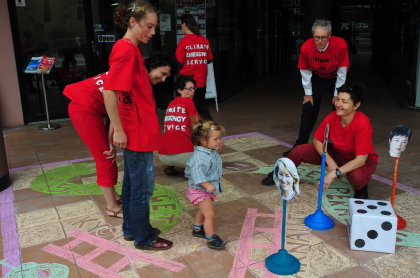 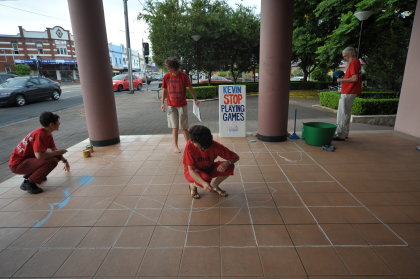 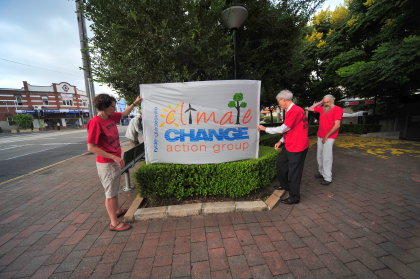 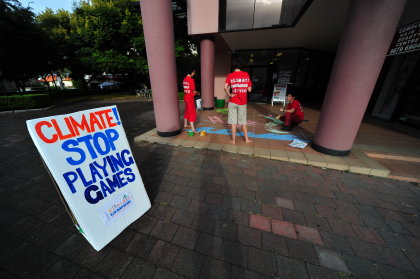