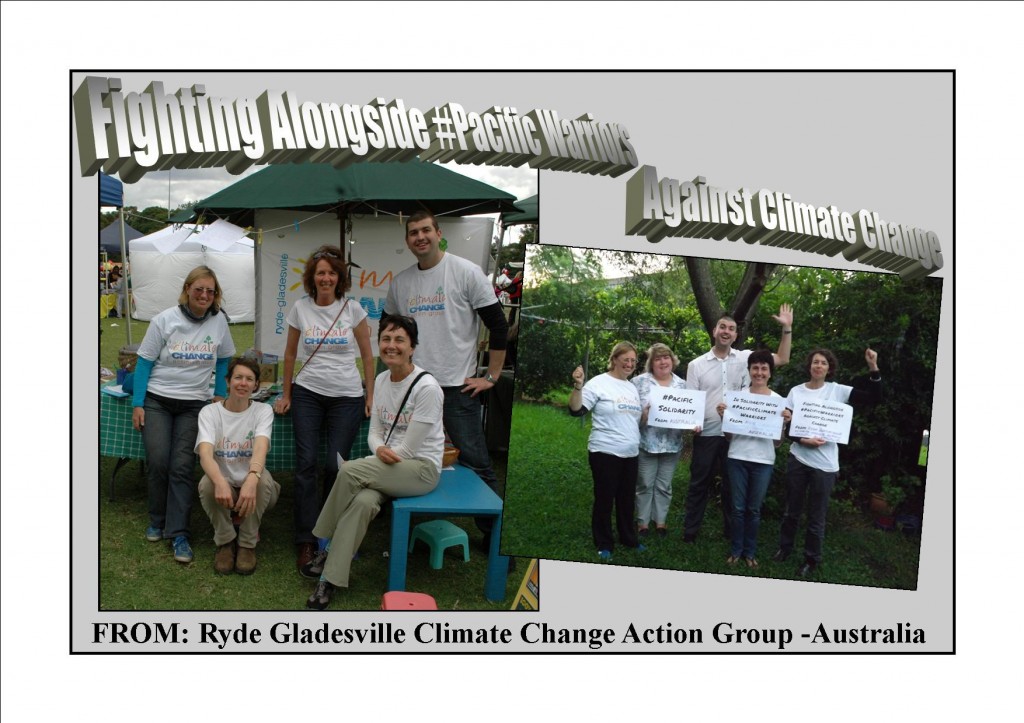 We are supporting the Pacific Island archipelago of Tokelau in taking action to take on the fossil fuel industry.

Last October, Tokelau turned off the last of its diesel generators and became the first country in the world to become 100% renewably-powered.

On March 2nd, Pacific Islanders from 15 countries mobilized to lay down a challenge to the fossil fuel industry and asked the world to show support by posting photos with a message. This is ours.

For more on the campaign:-